Levrone first got into bodybuilding at the young age of 11, because his older brothers were lifting. He lifted alongside them and found out that he was pretty good at it. He started to do some research, learning about the big bodybuilders in the 1980s such as Lee Haney and Arnold Schwarzenegger. His first pro qualifying event was the 1992 Chicago Pro Invitational, and he was soon setting the bodybuilding world afire. While he’s never garnered the coveted Mr. Olympia, he’s come in the top 5 countless times. Levrone is now in his late 40s and hasn’t competed for about a decade – instead, he’s trying to break into acting. But who knows – the Maryland Muscle Machine might make a comeback some year.

Come on – no list of the biggest bodybuilders would be complete without the Incredible Hulk. Lou Ferrigno had a difficult childhood, as his hearing loss (which came from an ear infection in his youth) led him to be very shy. He was a gangly youth, reading comic books and dreaming of being as strong as the muscular characters within – and he certainly attained that goal. He first picked up a weight when he was 12, and trained enough over the following decade that he officially became the youngest man to win the IFBB Mr. Universe competition twice. He was also the tallest to have done so, and the only one to have gotten two consecutive wins. He was also among the youngest to enter the prestigious Mr. Olympia contest, strutting on the stage at 23 years of age. He eventually realized his childhood dream by becoming The Incredible Hulk and entering the world of Hollywood.

Now there are bodybuilders who have no equals when it comes to pectoral development. Their bodies were like a work of art, muscles bulging like painting on a canvas. The center stage is Mr. Olympia.

There are a multitude of ways to assess Schwarzenegger California governor, superstar actor, business magnate and seven-time Mr. O but in evaluating his chest in the first half of the ’70s, his pecs were thick, broad and proportionately developed from top to bottom.

With size as the number-one criterion, it’s probable that no one before or since could match the chest of the Incredibly Hulking star at his best. His squarish thick-as-pie pecs and deep broad rib cage helped propel Ferrigno to two Mr. Universe titles (1973-74) while in his early 20s, and they were still tough to top when he returned to the Olympia stage in his early 40s.

There are body builders who came on the center stage and amazed people with their body. Unfortunately these body builders did not impress for long because they had gone too far and their fame was short lived. Some even became excessively violent.

There are some bodybuilders who are all about size — pushing a muscle to the absolute maximum size it can reach. These bodybuilders are specialists, focusing on just one muscle as opposed to making the whole body a harmonious whole. Moustafa Ismail is one of them, and he holds the record for the largest biceps in the world. The rest of Ismail’s frame is harmonious and fit, but his bulging biceps — which he maintains with an insane exercise regimen and seven pounds of protein a day — are 31 inches in diameter.

Anabolic steroids can create astounding changes in even the most gentle personality. San Francisco bodybuilder Gordon Kimbrough was a perfect example. Family members described him as a shy, quiet man who wouldn’t hurt a fly before he started cycling on growth hormone to increase the size and definition of his muscles. The artificial hormones turned him into a very different person, though, and in 1993 he snapped and murdered his fiancée, Kristy Ramsay, in a fit of passion because he thought she’d found another man. Police found him the next day at the scene trying to inject enough Lysol into his neck to kill himself. 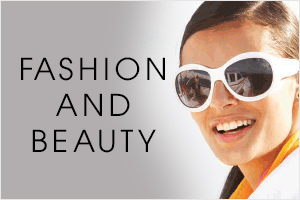 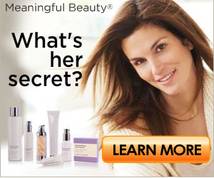